Upon your arrival on the island of Alonissos, the port of Patitiri is the first place you are going to see. The thorp of Patitiri is directly connected to Votsi and along with the beach of Rousoum they have formed the municipality of Alonissos. In this area you will find the majority of hotels, room to let, tavernas, super markets etc. In addition, here you will find the building of the National Bank of Greece, the post office, the police station and the municipal building of our island.

Up until 1965, when a devastating earthquake occurred, most of the island’s population lived uphill at the Old Village (aka Chora), located 3 kilometers away from Patitiri. After the earthquake the locals migrated closer to the port and Patitiri is now the unofficial center of the island.

Nowadays the Old Village is mainly a summer resort with a few permanent residents. We should mention at this point that the Old Village is maybe the best spot on Alonissos and a must during your visit on the island, as it has magnificent view, traditional tavernas with exquisite cuisine and tasteful lounge bars.

Another rather large thorp of Alonissos is Steni Vala which is particularly popular among the sailing circles. Steni Vala is used as a safe port for sailing boats and fishing boats as well as a starting point for many excursions to the marine park. There you will find tavernas which specialize in lobster spaghetti as well as fresh fish straight out of the coast of Alonissos. 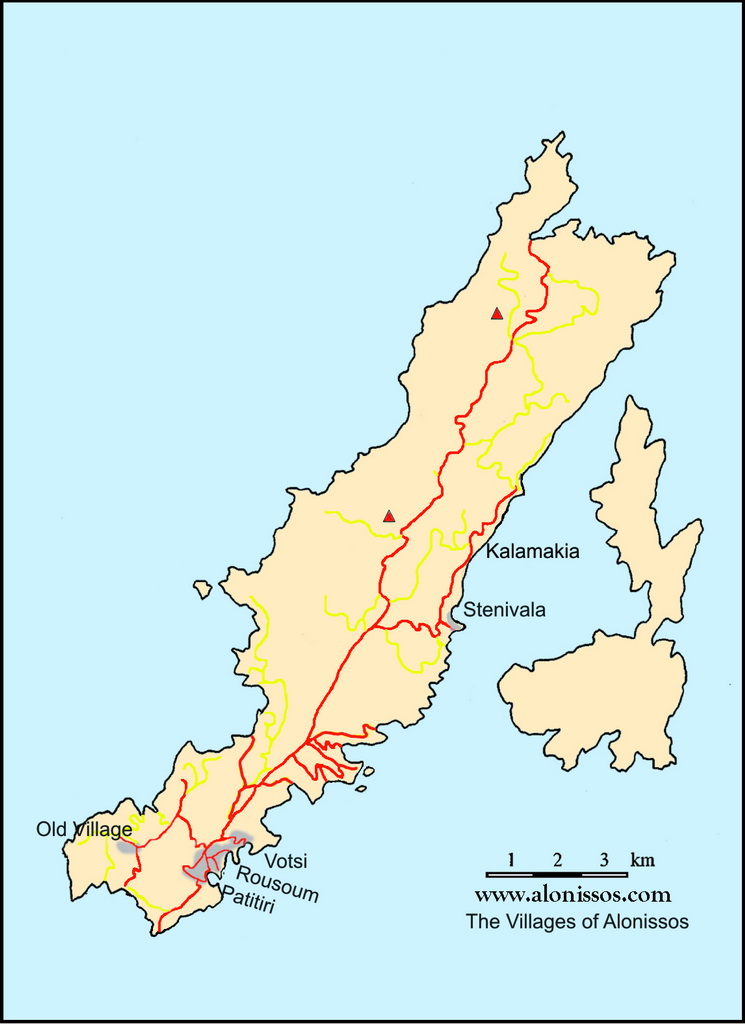 As we move past Steni Vala ,along the coast of Alonissos, the next stop is the small port of Kalamakia. Kalamakia is famous for its fresh fish and lobster as most of the tavernas owners are local fishermen.