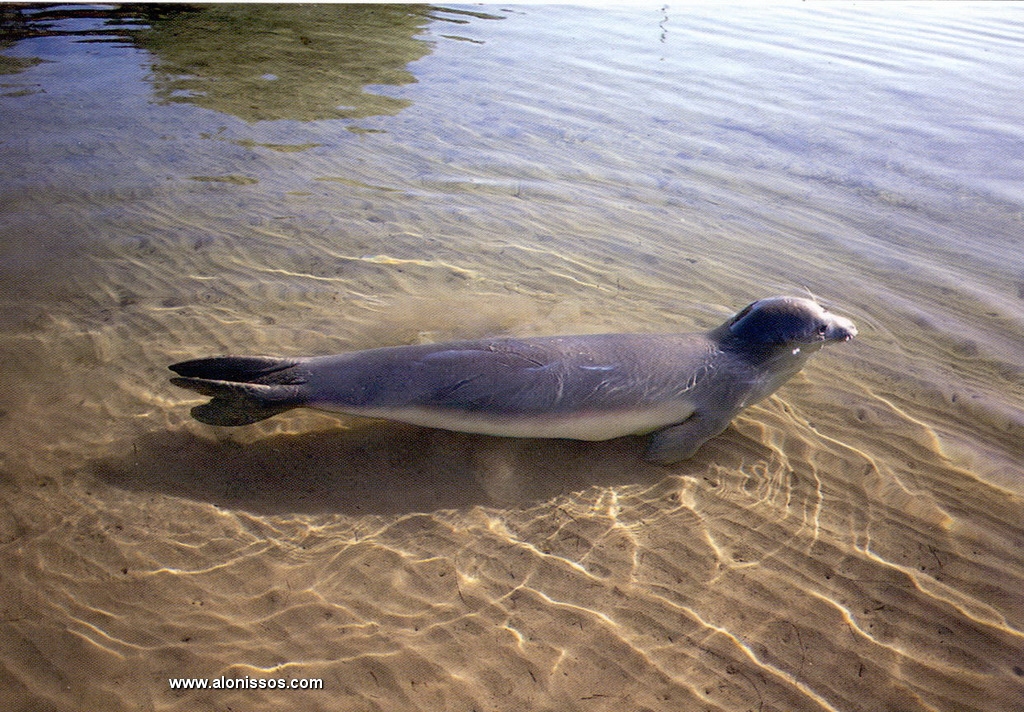 The seal Monachus Monachus or Mediterranean monk seal is a marine mammal which belongs to the seal family. It is represented on ancient Greek coins and passages in Homer describe it basking in the sun on sandy beaches. Today, its habitat is restricted to small uninhabited islands, inaccessible rocky shores and caves.

It is one of the largest seal species in the world, with a length of 2-3 metres and an average weight of 250 kg. Its skin is covered by glossy fur which is most commonly grey or brown on the back and a lighter colour underneath it. Newborn pups are about a metre long and weight 15-20 Kg. They have a coat of long, black, wool-like fur with a white spot in the umbilical region. The reproductive period is mainly between the months of May and November. Since the reproductive cycle lasts of 12 months (11 months gestation and 6-8 weeks lactation) and the female bears only one pup, usually not every year, the rate of reproduction is particularly slow. The monk seal feeds on a variety of fish, octopus, squid etc. It requires about 5% of its weight in food daily and may travel large distances to find it. It is an animal of considerable intelligence, curiosity and adaptability.

In the past, it has been hunted intensively for its fat and skin. Today, it is often considered to be a natural competitor for fishermen and sometimes does indeed damage in their nets to "steal" food. Fish stocks are diminishing continually due to intensive over fishing by tratas and "gri-gri" boats, as well as other legal and illegal practises. This competition for the available food resources is the main reason for seals being killed from time to time in Greece, despite the barbarity of the practice, though the frequency of such deaths fortunately appears to be decreasing.

It is noteworthy that in the area of the NMPANS no such incident has been reported during the past few years. Pup mortality is high because the pups are born in areas where human intrusion into their habitat is intensive. Apart from over fishing, pollution and decreased reproductive success due to restricted renewal of genetic material, are also threats which have brought the monk seal to the top of the list of endangered marine mammals in the European Union. It is estimated that only a few hundred individuals remain (about 500) scattered over the whole of Mediterranean and on the shores of the North Atlantic.

Today the largest population of seals in the Mediterranean is found in Greece, spread out over the whole of the Aegean and Ionian Seas, while it is significant that the species has essentially disappeared from the industrialised Western Mediterranean. The above makes it easy to appreciate the importance of the Park in protecting the seals. Because its morphology and position, the Park is an ideal habitat, rich in food. The active participation of the region's fishermen and the fishing Cooperative of Alonissos in the protection effort is significant, and has largely contributed to the elimination of the deliberate killing of seals in the area of the Park.

Because of its high position in the ecological pyramid the monk seal may be considered as an indicator of the health of the marine environment and is certainly a symbol. Its extinction could be interpreted as foreboding the imminent destruction of the marine ecosystem. The need for protection is imperative if coming generations are to have the joy of meeting it in our seas.

Some photos from the monk seal 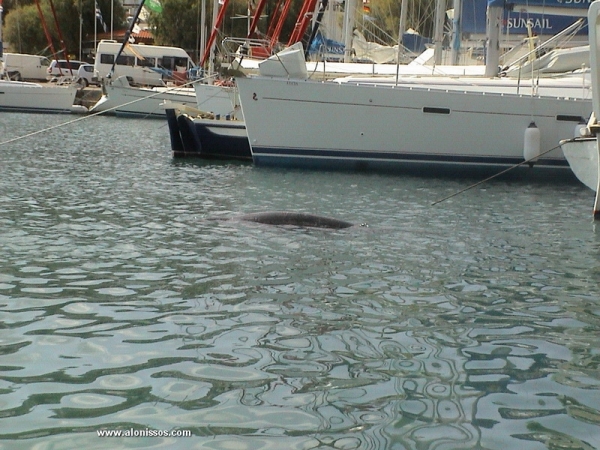 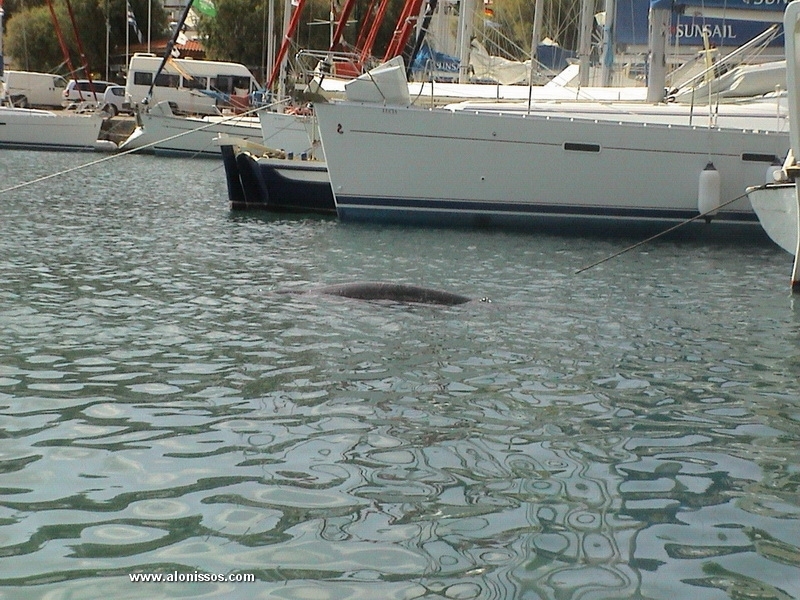