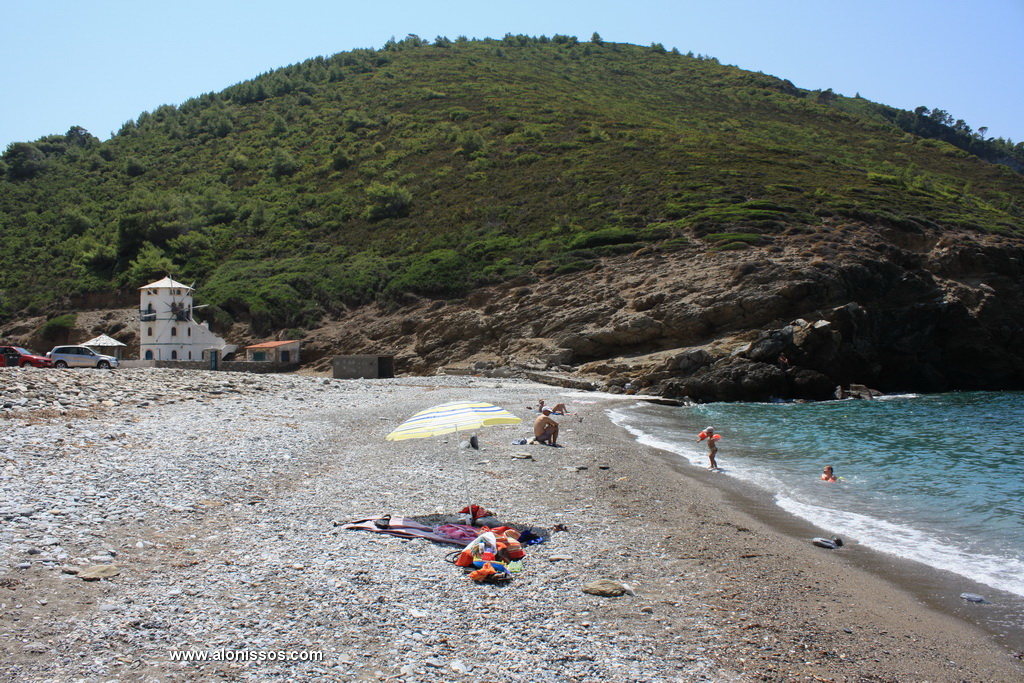 Tsoukalia – ‘Tskalia’ in the local dialect – is the largest beach on the northern side of the island.
The route – tarmac all the way – is beautiful, passing as it does through the island’s densest pine woods.
There is a wide open space on arrival, where one can easily park immediately behind the beach itself.

On the beach one can find thousands of scattered potsherds; the remains of the ancient pottery which was situated there in ancient times. 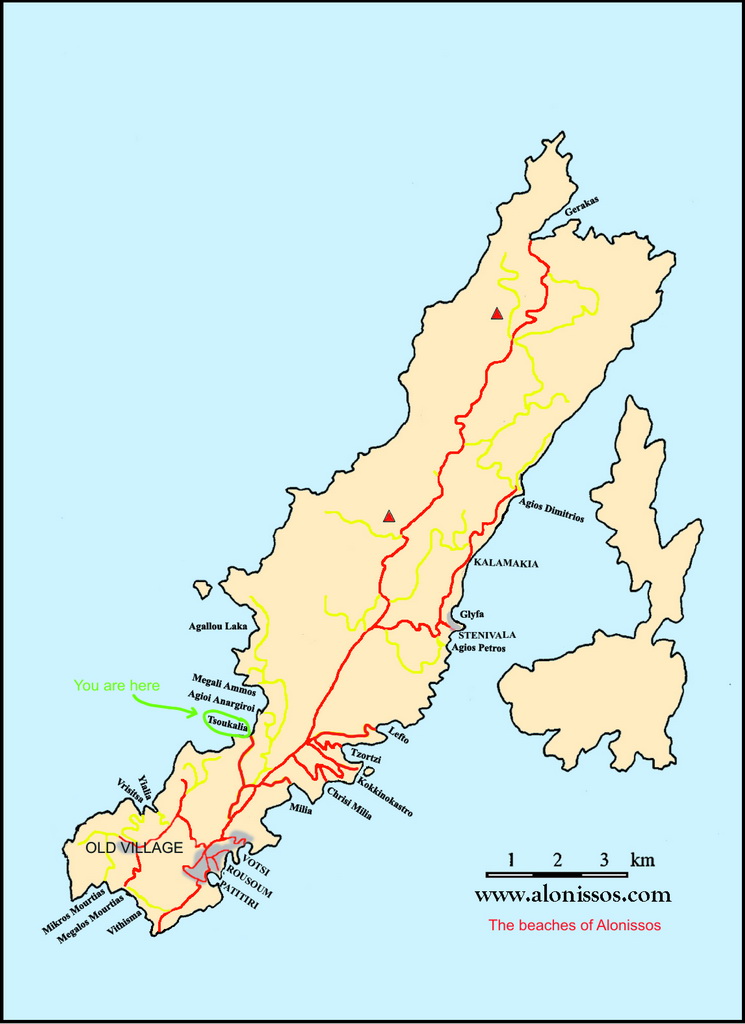 Fortunately these remains are of little archaeological value as they are those of the faulty pots produced. The ancient harbour has already been investigated by diving, while the ruined pottery itself – the largest such to be found in Greece – patiently awaits the archaeologist’s trowel, following the discoveries of some years ago.
The beach is shingle, large and small, both above and below the waterline. The best time to visit is late in the afternoon, when one can go swimming as the sun goes down: a magic experience for all who try it.
It’s best to go when there’s no wind.
Like the whole northern side of the island, it’s a good place for exploring the depths with a mask.
There are no tavernas, sunshades etc. in the area; one should be prepared for this when setting out.

The journey, from either Patitiri or the Old Village, takes 15 to 20 minutes by car or motorbike.

Some photos from the beach of Tsoukalia 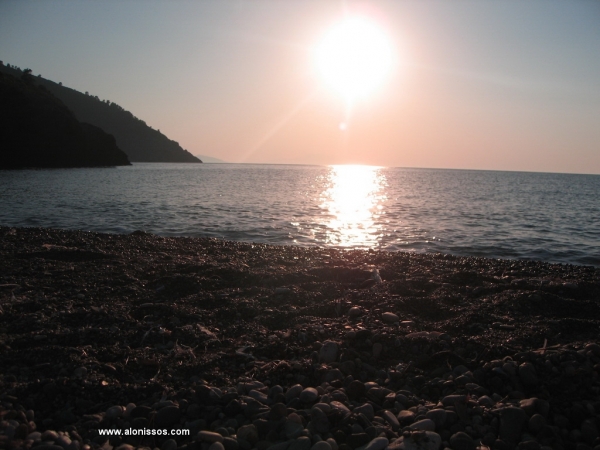 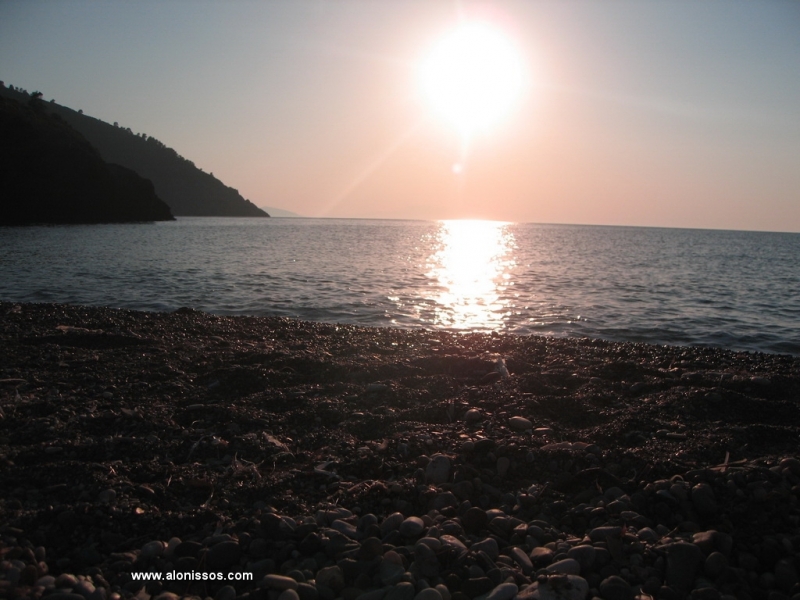